History of the Cartier Tank Watch

Louis Cartier designed the prototype in 1917 and the first Tank watch went on sale in 1919. This marked the year the U.S. entered WWI and the year the war ended. The watch design was military tank-inspired. This inspiration is evident in the case which resembled the tank’s cockpit. The vertical bars on each side of the case resembled tank treads. The simple, geometric design differed from the Art Nouveau trend that was popular at the time. The clean lines were deemed androgynous. This innovative design was ahead of it’s time and defined a new Modern. The original Tank design was perfectly suited to artful revision. This unique styling has kept the Tank modern throughout it’s history which has resulted in many trendsetting new interpretations. Variations on the original Tank design include:

The Cartier Tank watch has been a favorite among the Who’s Who of every generation. Famous wearers include fashion icons, designers, celebrities, entertainers and scions of industry. Noteworthy collectors include:

Forbes curated it’s own history of the Iconic Cartier Tank Watch. See what Forbes has to say here! 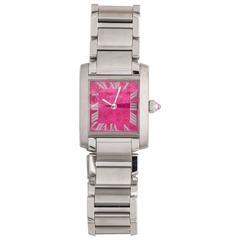 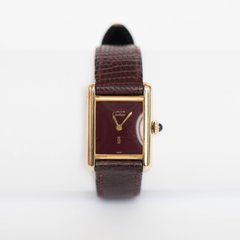 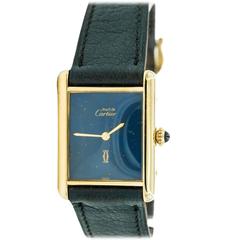 If you have a Luxury Watch you would like to sell, schedule an appointment with one of the nation’s foremost experts and largest buyers of fine watches.